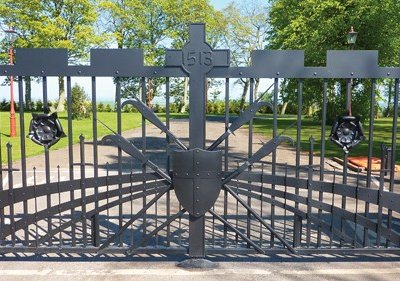 Barmoor Castle had been a stopping point for English armies on their way to Scotland since before the time of Edward II and continued in this role through to 1745 and after.

The gates at Barmoor Castle were erected in 2010, to commemorate Barmoor as the site of the English Camp on the night before the Battle of Flodden.

The gates, in bespoke wrought iron, depict the banners of the English Army, the Tudor Rose and the main English weapons of 1513 - the bill, various swords and also the longbow and arrows.