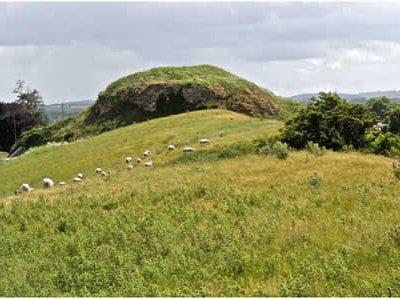 Very little remains today of Wark Castle, one of the most strategically important border castles of its time. Wark on Tweed lies about 3.5 miles south-west of the border town of Coldstream. Today it is a small, quiet village of just a few houses situated next to the River Tweed. However, Wark wasn’t always so peaceful as throughout most of the medieval period it was home to one of the most strategically important castles in the country and the scene of frequent skirmishes and sieges.

The castle itself, originally built in the early 12th century, had a long and complex sequence of development, culminating in the construction of an artillery fortress during the reign of Henry VIII. Most of our knowledge today has come from historic accounts and plans and from detailed surveys undertaken in the 1990s.