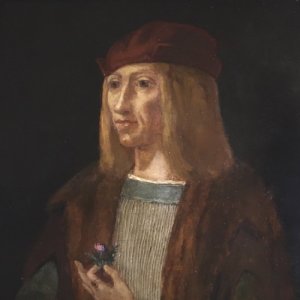 This thought-provoking analysis was written prior to the launch of the Flodden 500 project in January 2013. It sets out interpretations framed as hypotheses to be tested by project fieldwork and documentary research from 2013 to 2016. Re-reading it at the end of the project, it has stood up surprisingly well.

Whilst by no means have all the questions it raises been answered, it lays out some of the strategic questions behind the archaeological fieldwork, acts as a cogent summary of James IV’s possible intentions and, finally, highlights hypotheses that can act as stimulation for future research.

While much has been written about the motivations, the movements and the actions of King James IV of Scotland in the summer of 1513, leading eventually to the disastrous engagement of Branxton Moor, or Flodden Field, on 9th September 1513, little or no consideration has been given to the strategic decisions and intent of James before and during his campaign in northern England. The impending 500th anniversary of this campaign has spawned a wide range of commemorative and research projects that will lead to new information relating to the Flodden campaign being presented in coming years. As part of this, the work of the Flodden 500 Archaeological Project, a partnership between Northumberland Conservation and the Till Valley Archaeological Society, has seen proposals for the first concerted programme of archaeological research in the area of the battle.

Plans for the work, starting with excavations on the site of the Scottish camp on Flodden Hill, but also including metal detecting and fieldwalking surveys within the wider landscape surrounding the current area of the registered battlefield, has necessitated a re-assessment of the available historic resources relating to the battlefield. Understanding the action of the 9th September 1513 and the wider events that proceeded it has proved to be crucial in considering what to look for and where to carry out that search. As part of this process a more thorough understanding of the strategic intent of James has been an inevitable by-product.

It is clear from all that has been written on the Flodden campaign that the following questions remain unanswered concerning the strategic aims of James in the summer of that year: